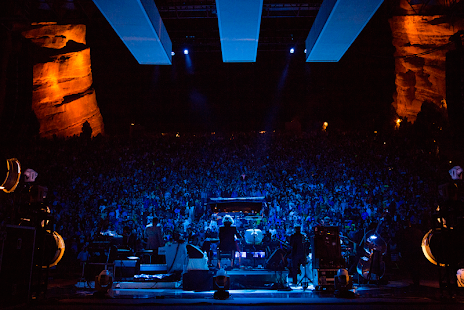 Experience Jack White in stunning cinematic virtual reality with Third Man Records and Jaunt’s VR app! Watch in immersive 360 degree, stereoscopic 3D and listen to music mixed in Dolby Atmos to feel like you were “there” for Jack’s performance of “Freedom At 21” and “Ball and Biscuit” at The Bleacher Theater at Fenway Park in Boston, MA and “Dead Leaves and the Dirty Ground” at Red Rocks Amphitheater in Morrison, CO.

This is a large file, so please be patient while it downloads to your phone!

To view the videos in 360 degree stereoscopic 3D, users will need a recent 5” or 6” Android phone and a Google Cardboard virtual reality viewer which turns the phone into a VR headset.

To skip forward from one song to the next, tilt your Google Cardboard phone holder clockwise.

To skip backward, tilt your Google Cardboard phone holder counter-clockwise… Check it Out